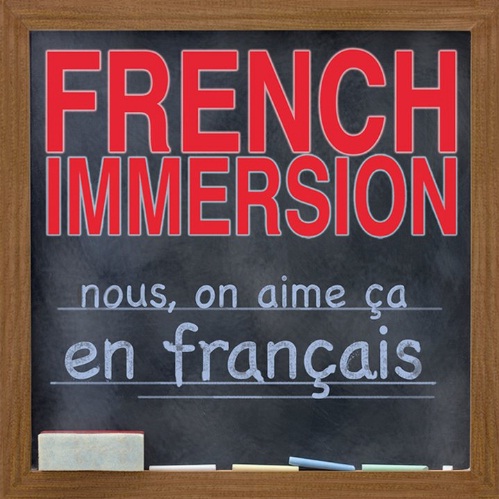 Ecole Millstream Elementary School is a dual track school. We have French Immersion from Grades K-5.

French immersion is the delivery of the regular British Columbia school curriculum in the French language. It enables students to become functionally bilingual and achieve levels of learning in all subject areas equivalent to the English program.

Students who opt for Early Immersion usually enter the program in Kindergarten and continue their French studies through to grade twelve. In grade 12, they recieve a ‘Double Dogwood’ (a bilingual graduation certificate). Students may also begin the program in Grade one.

Students who choose late immersion will enter the French program in grade six. In grade eight they merge with the students who enrolled in early immersion.

French Immersion is offered at the following Sooke Schools:

Enrollment forms are available in all elementary schools during and after registration week, in February.

In grades five to seven, students receive approximately 75 minutes per week of instruction in French. When students reach grade eight, instruction time increases to 180 minutes. This continues through grade twelve.

Some students who complete this program become bilingual. The majority will increase their ability to communicate effectively in French. Successful completion of grade eleven French meets the standard entrance requirement for most B.C. and Canadian universities.

All elementary and Secondary Schools offer Core French from grades five through twelve.

If you have any questions or concerns,
please contact: